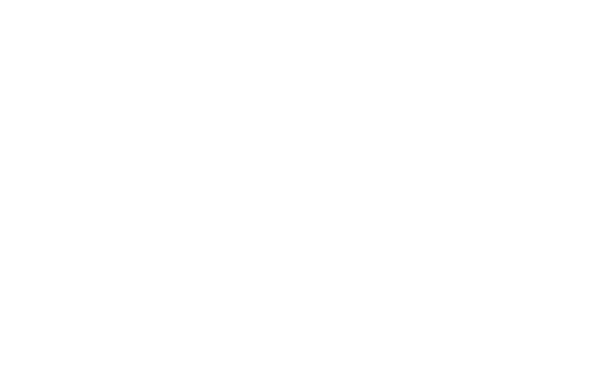 Imagine Arnold Schwarzenegger from Kindergarten Cop screaming the title of this post and you get a sense of how I feel whenever someone describes one of the Ascension Epoch stories, or the setting itself, as dystopian.

Now don’t misunderstand me. There’s nothing inherently wrong with dystopian fiction and I don’t take it as an insult. Most of the people who’ve described the books in dystopian terms seem to have enjoyed them. I’m just puzzled and, I suppose, a bit frustrated. I don’t want prospective readers to get the wrong idea and be disappointed at the lack of genuine dystopian elements, or, worse, to steer clear of the books because they don’t like dystopias.

The Ascension Epoch is an alternate timeline that spans several centuries, but the ‘modern day’ part of the setting is actually pretty cheery compared to our own. In general, people live longer, are wealthier, and are freer (politically, at least) than in our world. The level of technology is more advanced: there are people living on and under the ocean and in space; there are personal aircraft (“flying cars”), and all sorts of techniques and devices that alleviate scarcity in food, energy, and manufactured goods. There are far, far fewer large-scale wars. In the civilized world, people generally travel, trade, and associate as they please. Understandably, one’s values will influence their assessment of how positive any of those things are, but I think few people are so misanthropic they would consider this fictional world worse than our own.

True, there is still war, crime, corruption, disease, oppression, and all manner of tragedy–not to mention the added complications of evil metahumans, bellicose alien races, and horrifying demonic entities–but such is life in a fallen world. It’s certainly not a utopia! But even so, people get by and, so far at least, good is edging out evil.

So, why have so many people called it a ‘dystopia’? Is it because of the Martian invasion that wiped out a fifth of humanity, wrecked civilization, and forever changed the world? Maybe. Certainly, anyone who has read the Martian War-era stories might perceive it that way. We described it as “Victorian Apocalypse” for a reason! But if you read ahead to the modern day stories, I suspect most people would think that civilization and the human race have recovered rather nicely, and that many of the changes wrought by the Martians actually turned out to be beneficial in the end.

Is it because of the other horror elements–the historical reality of monsters like Dracula, the Deep Ones, the Dero, the Shonokins, Great Old Ones, and mind-destroying supernatural perils like The King in Yellow? Because of the rare, but unpredictable rampages of the Godzilla-like Boojum? Because of the aeons-long War in Heaven and the revelation that planet Earth is the besieged home base of the forces of darkness? Those would be good reasons to consider the setting dystopian, except that we have a much less grim and fatalistic view of these threats than what is typical for the horror genre. In the Ascension Epoch, the triumph of supernatural horrors and the demise of humanity is anything but inevitable. Certainly, the forces of good have vast powers of their own and many victories that bear witness to the weakness of evil.

Maybe people consider it dystopian because of the existence of a repressive police states like New England or supernatural despotisms like Chan Santa Cruz or Count Orlock’s vampire-ruled satrapy in the Carpathians. But similar (though less fantastic) tyrannies exist in abundance in our own world. In Ascension Epoch, they are rare exceptions and historical curiosities rather than the rule.

If I had to guess, I’d say that those who have called it a dystopia do so because they associate the word with conventions of the genres we write in. I don’t think it’s a coincidence that our East End Irregulars series, which is actually one of the more fun-loving series we have, has been the one most described as ‘dystopian.’ The Irregulars are a group of teen superheroes, so, simply because the Young Adult genre is filled with genuinely dystopian settings, some people are going to interpret every reference and background detail in an ominous way. There are certainly some ominous hints in After Dark and The Dismal Tide, but they are not, for the most part, to be taken as indications that the characters exist in a crapsack world. Our teen heroes and heroines are certainly hormonal, impulsive, immature, and occasionally reckless, but they are also generally decent and moral. Compared against many other literary protagonists of their age, they are surprisingly well-adjusted. They’re not the sort of kids that dystopian societies usually churn out.

Ascension Epoch’s libertarian themes are also likely to blame for the ‘dystopian’ misdiagnosis. I don’t mean this merely in the sense that some non-libertarians will want to read-in negative attributes that aren’t really there, but that libertarian(ish) fiction has a long history of being dystopian. But from the very beginning, we wanted to do something different. Libertarian storytellers have spent so much time writing cautionary tales and desperate adventures of beleaguered heroes battling against all-pervasive and nigh-unstoppable systems of oppression that there’s nothing new we could offer on that front. Instead, we wanted to show a world where liberty, peace, and virtue were ascendant. We wanted to show that peaceful and voluntary alternatives to coercive violence could actually work. That undoubtedly runs counter to many expectations, but it’s a much better representation of what we’re about than ‘dystopia.’

OK, OK, I hear you. You don’t like the default political perspective, and you don’t care for the Catholic worldview or the metaplot based on Christian mythology. You are deeply skeptical about how North America being broken up in to a few dozen smaller, weaker polities can be a good thing. You prefer your cosmic horrors to be unstoppable and humanity’s doom to be foreordained. You just know that the Promethean is a supernatural puppet master scheming to rule the world from the shadows and there’s nothing I can say to convince you otherwise. That’s fine, because it’s your world too. That’s part of why we release everything under a Creative Commons-Attribution-ShareAlike license. Feel free to write your own stories revealing the “real” dystopian core of this universe, or be a muckraker and adapt the existing tales to your hipper, edgier, downer take on the world. However you like your adventure fiction, we still sincerely appreciate your support, and we hope you’ll keep the purchases and reviews coming!