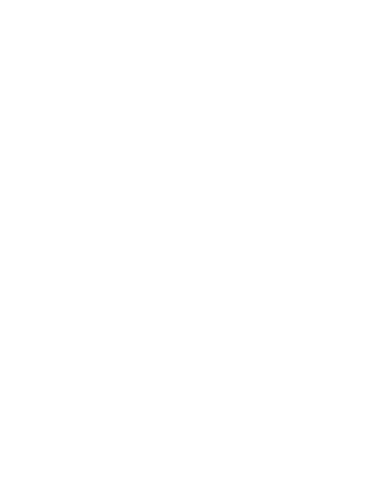 This book is part of Osprey’s ‘Adventure’ imprint, an expanding line-up of reference books for fictional and mythological struggles, ranging from Atlantis to King Arthur to the Cthulhu Mythos. I have read quite a few of them, including an excellent book on the Nazi occult program written by horror RPG ace Kenneth Hite, a tome on the Knights Templar I found very helpful in constructing the history of the Void Knights, and a great picture book on Steampunk military units. This one, as you can see, focuses on The War of the Worlds.

In this book, the war is every bit as circumscribed in time and geography as H.G. Wells’ account in the original novel, leading to its alternate name as the Anglo-Martian War of 1895. (The date of the invasion in the book was 1900. I don’t know why they moved it back five years.) This fictionalized reference cleaves very close to the original narrative as well, adding only a handful of embellishments and fleshing out a couple of the encounters that the narrator of the novel heard about second-hand. This added material is very welcome, and the book suffers for want of more. But I’ll get into that later.

Like the non-fiction Osprey references, the book begins with a brief overview of the setting on the eve of battle and then proceeds into an analysis of the organization, manpower (or martianpower), weaponry, and disposition of the belligerents. The assessment of the British army and Royal Navy were accurate enough to my eye, and not fictionalized in any substantial way. The Martians were taken directly from the book: there is some speculation on their motivations, a slightly more detailed analysis of their weaponry (including a novel idea about the nature of the Black Smoke), and a somewhat lengthy but highly intriguing disquisition on their physiology and physiognomy, but otherwise the author did not try to add much to the mythos. Anyone hoping for a revisionist account that redressed the tactical inflexibility of the Martian weaponry, their limited number of assault platforms, or their obvious oversight of aerial and naval resources will be disappointed. The Martians still only have the fighting machine (tripod), the handling machine, the heat ray, and the black smoke. Even the Flying Machine is taken away from them, dismissed as a bit of panicked rumor, unsupported by any wreckage found after the war. The Martians, who are credited with launching ballistic projectiles via gigantic cannons running the length of Olympus Mons and landing them with a precision of a few hundred meters over a distance of millions of miles, are deemed incapable of mastering flight because of the thin atmosphere of their homeworld. Hmmm. No mention is made of Cavorite or the Selenites-as-food-stock, though their inclusion seemed like a no-brainer to me.

The battles of the Anglo-Martian War are every bit as one-sided as in the novel, albeit with a sprinkling of minor (and irrelevant) victories thrown in for variety. Maxim’s pom-pom guns prove useful in an isolated instance, sappers manage to blow up a cylinder with hand-planted charges before it unscrews, and artillery secreted within abandoned homes bloody the Martian’s noses—uh, food openings—but these prove to be minor nuisances to the Martian juggernaut. Besides the heroic sacrifice of Thunder Child, the Royal Navy comes into play only once, with a grounded battleship laying waste to much of London in a futile attempt to box in the advancing tripods. Nothing can stop the Martians, until they suddenly die en masse from exposure to common germs. This is one of the great deus ex machina of literature and it is not averted in Osprey’s retelling. Some attempt is made to rationalize why the Martians, who arrived at different times and therefore should have had different periods of disease incubation, seemed to have all died within a few days of each other. However, no attempt is made to rationalize why they were completely unprepared for such contamination.

Readers of this site will know that I am a novelist that has written a good deal of fiction based on the War of the Worlds and its aftermath and so have thought about these sorts of questions at great length. Ultimately, these thoughts led me to depart in some significant ways from the original novel. I had hoped that Osprey would take some more liberties with the source material and address, for instance, the serious military limitations of having only gaseous and line-of-sight directed energy weapons, with no indirect fire capability; or how the thicker, much more humid terran atmosphere would degrade the performance of the Martian beam weapons. I expected them to enlarge the war to more than just the Home Counties of England and give us a glimpse at how the French, the Germans, the Americans, and the Japanese battled the invaders. I hoped that the ‘death-by-germ’ angle would be downplayed in favor of a longer, more global war that showed humans of the period taking advantage of the Martian maladaptation to the Earth’s environment, especially as the aliens drove toward the sweltering tropics. I wanted to learn how these creatures from a dry, low-gravity world intended to conquer a planetary surface that was 70% water, with a pull-of-gravity three times greater than Mars.

Most of all, I wanted the War of the Worlds to mean something to world history. Alas, the text makes it clear that history unfolded almost exactly as it did in our own world, with both World Wars happening right on schedule and the Cold War following along close behind, all with the same outcomes. No advances of any significance were obtained from studying the Martian technology or biology; conveniently, almost no biological trace of the Martians, their food-stock, or the red weed was left to study. The status quo goes marching on!

I don’t understand why, if you are going to go so far as to write a pseudo-history of a science fiction novel, you would work so hard to make it fit into our real-life history. Not only does it undermine the suspension of disbelief, it makes the whole exercise irrelevant. If nothing changed, then the Martian invasion might as well never have happened, and we might as well not talk about it.

All that may seem a bit nit-picky, but it did dampen my enjoyment of the book. The casual reader who has not thought a great deal about the War of the Worlds or, if it were real, its inevitable repercussions, will probably not even notice these shortcomings. Then again, that sort of person would probably not be very interested in buying this book.

But unrealistically lofty expectations aside, I did enjoy the book enough to read it cover to cover in a few hours. The writing is concise and engaging and it is filled with beautiful artwork (this is almost universally true of Osprey books). It also included a bunch of easter eggs for the joy of the attentive reader, including appearances by the Triffids, Moriarty, Sebastian Moran, Adam Adamant, and Fu Manchu. Professor Challenger also appears, though he gets short-shrift, referred to only as the student of real-life boffin William Rutherford, and is not even accorded the title of professor. (No wonder G.E.C. hated journalists!) If you eat this kind of stuff up like I do, you’ll really enjoy it.

Overall, I’m glad I bought it, even if I can’t shake a sense of disappointment over what it could have been. If you are a fan of both the War of the Worlds and military history, it’s worth the ~$13.﻿

Title:War of the Worlds: The Anglo-Martian War of 1895
Author: Mike Brunton
Publisher: Osprey Adventures
Year: 2015
Price (as of writing): $13.87 (paperback)/$10.49 (kindle)
Final Verdict: An enjoyable read for fans of alternate history, military history, and the War of the Worlds, but ultimately fails to live up to its high potential. 3.5/5 stars.

P.S. Here’s another, shorter review of the book from Geeks of Doom